It’s not an exaggeration to say that 2020 is a turning point in US history. Its pivotal role is fueled by COVID-19, Black Lives Matter, and the upcoming 2020 presential election later this year. Racism and race itself have been a hot-button topic for several years and Black Lives Matter has been active since the deaths of Trayvon Martin and Michael Brown.

The race has been a topic of discussion at several TED and TEDx conferences. In order to get to the root of social issues like racism, it’s beneficial to have a conversation about the topic and get a wide range of perspectives. We are going to share the top TED Talks on Black Lives Matter, race, and racism from a variety of influencers and speakers.

Black Lives Matter (#BlackLivesMatter and #BLM) was founded in 2013. The movement was a response to the acquittal of Trayvon Martin’s murderer. Its mission is to “eradicate white supremacy and build local power to intervene in violence inflicted on black communities by the state and vigilantes.” Black Lives Matter was founded by Patrisse Khan-Cullors, Alicia Garza, and Opal Tometi.

They have expanded into a global organization that has support across the US, UK, and Canada. Its influence is so great that there are multiple chapters across America. There are Black Lives Matter Chapters in: Boston, Chicago, Washington DC, Denver, Detroit, Los Angeles, Lansing, MI, Long Beach, Memphis, Michigan (the state) Nashville, NYC, Philadelphia, South Bend Indiana, Toronto, Vancouver, and Waterloo, CA. If your city doesn’t have a chapter, you can start one today. 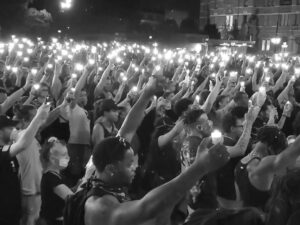 Black Lives Matter has become committed to creating a world where every black individual has the social, economic, and political power to thrive. The organization:

The TED Interview With the Founders of Black Lives Matter

Back in October of 2016, TED got an exclusive interview with the founders of Black Lives Matter. In that year, the movement had gained some serious traction. BLM founders Alicia Garza, Patrisse Cullors, and Opal Tometi share their experiences as leaders and how they provide hope and inspiration. 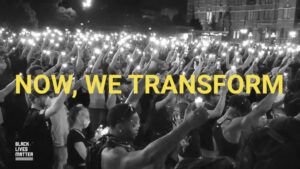 “How To Deconstruct Racism, One Headline At A Time” – Baratunde Thurston

Baratunde Thurston is an American writer, comedian, and commentator who co-founded the black political blog Jack and Jill Politics. In this 2019 TED Talk, Baratude discusses the emerging trend of white Americans calling the police on black Americans. Many of these black Americans are “guilty” of doing the most mundane tasks – going to the park, walking, and even eating aka “living while black”. Baratude also shares his own personal experiences of “living while black”.

“Racism Has A Cost For Everyone” – Heather C. Mcghee

Racism doesn’t just hurt one group of people, it has a detrimental impact on society as a whole. Writer and advocate Heather C. Mcghee examine how racism has a negative impact on the economy and is a roadblock on the path of economic prosperity. Racism can lead to bad policymaking and destroy the public good.
“How To Raise A Black Son In America” – Clint Smith

Poet, educator, and activist Clint Smith shares his experiences being raised in America. He always questioned his parents’ advice and sometimes challenged them. Many of us have been that spirited child. However, Clint paints a picture of how his upbringing was different than a white child. In this heartfelt piece, His parents informed him that he can’t act the same as a white child.

Don’t play with water guns, Don’t hide in the dark. Keep your hands in your pockets. Clint describes how every black child receives “The Talk” from their parents -how they need to tailor their behavior so that they do not get mistakenly profiled.

Kennedy Cook is a senior at the Grader at Stivers School for the Arts in Dayton, OH. At TEDxYouth@Dayton, Kennedy shares her personal experience with Black Lives Matter, and what the movement means to her. We’ve all seen #BlackLivesMatter trending in the news and on social media. The movement always comes up in cases of unarmed black men killed by police. However, what does “Black Lives Matter” mean? Also, why do some of us say “white lives matter” in response?

The Beauty of TED is that it is devoted to the spread of ideas. Its mission is to “spread ideas”, as its global community welcomes people from every discipline and background who seek a deeper understanding of the world. The TED format of short, powerful talks (18 minutes or less) makes it a powerful platform to have conversations and TED Talks on Black Lives Matter. The TED community fosters the belief in the power of ideas and how they change attitudes, lives, and ultimately, the world. By sharing these casual yet in-depth discussions on BLM and race, we are already a catalyst for change.

About the Author: emma