This year’s Winter Park events theme is Being Human. We will be examining all things that could define us as a species while looking at the most intriguing and interesting aspects about ourselves. We are excited for this special event on a day that evokes instant thoughts, feelings or memories. Friday the 13th. We are ending this decade and entering 2020 with all new possibilities. How will you define yourself next year?

This event is open to the public.

As a TEDxWinterPark attendee, you will be a part of our live studio audience. Please note that you may end up on film. While devices will be allowed in the theater this year, we ask that those attending understand we hope to have you there and present and will request that no video or live streaming to social media occur.

Our goal is to showcase practitioners, makers, dreamers and thinkers who are contemporary and thought-provoking; who are pushing the boundaries of their own disciplines; and who are working towards a more purposeful, socially responsible future. Additionally, the event is multi-disciplinary by nature and the speakers echo the various perspectives present in our city, state, country and planet.

We are calling all change-agents to attend. Are you ready to be inspired?

Tickets are general admission and include access to the TEDxWinterPark after party.

Presentation Title: Rising from the Depths of Despair. Mr. Berenson has been the CEO of Kikwear Inc., a Los Angeles based streetwear clothing company which he co-founded in 1991. Additional brands under the Kikwear corporate umbrella include Kikgirl, Greed, and Greedgirl. He has experience in running day-to-day operations of a consumer-facing manufacturing and distribution company. There is a major focus on managing domestic and international chain store accounts, domestic reps, and distributors. Inception to date sales of Kikwear are in excess of $250 million. Additionally, The next act for Berenson is launching his seed-stage start-up RECLAME Corp. He will serve as the company CEO. This 100% Organic CBD brand will feature unique flavors and fragrances throughout the debut line consisting of tinctures, gummies, toothpicks, Quick Strips, bath bombs, salves, and dog chews. In 2021, the company plans to offer 3rd. party tested flavored THC products.

Anwar Superstar, born Anwar Khalil Prescott, is an American hip hop artist. He began rapping at the age of 14 on the streets of Atlantic City, New Jersey. Anwar has battled MCs from across the US and abroad. Anwar’s skills have been compared to some of hip-hop’s most established MCs. Hip-Hop legend and pioneer KRS-One has requested for Anwar to perform alongside him on stage, as well as Lil’ Kim, whom he has opened for at NYC’s B.B. Kings. Anwar has also been on tour many times with various artists. Some of these include M.O.P., Pharoahe Monch, Kanye West, Common, Cormega, Talib Kweli, and Grammy and Emmy nominated artist Mos Def.

Title of Presentation: Does Failure Actually Exist? Bikram has an MBA in Leadership, a Bachelor of Science in Business Administration with an emphasis management, a Bachelor of Arts in Business Administration with an emphasis in entrepreneurship, and an Associate of Science. These along with his 16 years of leadership and management experience, a customer communications and management certification. Bikram has many exemplary soft skills such as being a problem solver, communicator, team player, and fluent in English, French, and Spanish all sound good. But, more importantly, Bikram has been blessed with a character, personality, and outlook on life that have been forged through trauma. He credits these blessings, attributes that anyone can obtain, for his current and future accomplishments.

Dr. Barbara Coffee was born and raised in Europe. She speaks several languages and is very culturally aware. Although a practicing Christian, Barbara has a deep respect for all religions and alternative lifestyle choices. She sees her profession as a calling and truly loves what she does. Her education represents a continuing quest to be able to offer her clients the newest and most effective methods available to make the changes in their life that they want. Her passion for helping people has grown out of personally seeing suffering and successfully navigating her own life challenges. Compassion has come from having “been there” and learning ways to get through and thrive. Barbara’s clients call her sincere and down-to-earth. She excels at using her training and expertise in an easy-to-understand way to provide excellent, effective tools for her clients’ success.

Moved to Florida in 1992 from NYC Queens where I was born and raised. Met my wife days after enrolling into college. Married her in 1998 and in 2000 my son Elias III arrived. I always had love for barbering so I decided to open my own barbershop. Uppercuts was established in 2003 here in the heart of Orlando. Life truly started for me on April 6 2006 when our son was diagnosed with autism.

Title of Presentation: WeRiseUP: The Future of Humanity! For over 20 years, Ernie G has been one of the hottest, multi-talented, young Latino Entertainers & Comedians in the country! His comedy has been seen by millions on TV shows such as Comedy Central’s “Make Me Laugh,” B.E.T.’s “Comic View,” Ed McMahon’s “Next Big Star,” & Sí TV’s “Funny is Funny!” He is one of the original stars of Galavisión’s hit Comedy show “Qué Locos!” hosted by George Lopez, along with HBO Latino’s “Habla Again,” MUN2’s “La Chicas Project,” Sí TV’s “Latino Laugh Festival!” & “Inside Joke!” He also appeared weekly as “The Angry Angeleno” on the Ch.13 News in LA and as a Feature Reporter for “Fox Good Day LA!” Additionally, he has Performed for & Empowered Students, Faculty & Staff at over 500 of the Country’s Top Colleges, Universities, High & Middle Schools. He has also performed at Juvenile Detention Centers, Churches, Community Centers, Comedy Clubs & Venues!

Recognized as a leader in the life support in extreme environments field, he has led the systems & conceptual design of multiple spacecraft under contract to Lockheed Martin, NASA, Inspiration Mars Foundation & others. He has led the development & qualification of experimental flight hardware for five shuttle flights, two Mir missions, a Russian Progress, and the first commercial payload on ISS. Prior to starting Paragon, Mr. Anderson was the Chief Design Engineer for the International Space Station Solar Array Program–the largest solar arrays ever built–while employed at Lockheed Martin. Working at an aviation consultancy, he participated in the start-up of two airlines through route analysis, equipment analysis, and strategy advice. One went on to be America West, now part of American Airlines. Mr. Anderson also oversees a non-profit tuition scholarship organization that provides around $250,000 of scholarships to deserving children throughout southern Arizona.

Title of Presentation: The Power to Brainwash Jason Flitton is a business executive currently in Orlando Florida, with years of education and experience in a variety of businesses, technologies, music, and the arts. Additionally, he is a serial entrepreneur with a mindset to leave the world in a much better place than where he found it. With a constant curiosity about the world around him comes the ability to truly look at the bigger picture of the world we live in. Hopefully to solve some of the problems ahead.

Jody has been a certified law enforcement officer for over 13 years in the central Florida area.  She has proactively served within a variety of capacities. These include road patrol officer, specialized traffic unit, community relations, public information officer, grant writer, and extra duty coordinator.  Jody has managed specialized crime watch programs and served as the Executive Director of Police Activities League for 10 years.  She has been a public speaker for a variety of organizations for close to 30 years. Jody has been featured in both national television broadcasts, as well as local news articles by the Orlando Sentinel and Ocala Star Banner.  Her passion for excellence within public service has been demonstrated through the implementation of humane social service programs such as “ Project Home-Bound”.  This program reduced police calls related to indigent individuals, resulting in an 80% reduction of required law enforcement response.  Jody believes that law enforcement officers are the front line social servants and that they should be highly educated in order to best serve the citizens of their communities.  She possesses an Associate’s Degree in Public Affairs, Bachelor’s Degree in Organizational Management and a Master’s Degree in Public Administration.  Her vision for transparent policing, as well as enlightening the public about the human side of police officers, is the focus and primary goal within both her speech, and her career.

Title of Presentation: How has our Species Evolution Affect our Creation & Consumption of Music Matej Harangozo is an experienced, award-winning entrepreneur, innovative technologist & leading web/software systems visionary. He has been a driver of innovation & strategy while being instrumental in the development of cutting-edge platforms & automation protocols within his ventures. He has experience in growing companies in the real-estate, guerilla marketing & energy efficiency sectors. Currently, he’s the Co-Owner & Managing Partner of Codaemon, an E-Commerce Solutions Provider, & Founder of Open Source Entertainment, a Music Business Incubator. The music industry has been a quest for Matej since high school & he has created a successful business model conducive to this industry. Matej’s unique upbringing in Eastern Europe & being a US immigrant has shaped his unique outlook on business, innovation, history & culture.

Title of Presentation – How to distinguish between your ego and alter ego? – Purvi Tantia is an author, consultant and international key note speaker. She has been a delegate at Harvard University’s Future of Work Conference and International Financial Corporations’ Conference on Accelerating Gender Diversity. With her missions being closely aligned to United Nations sustainability goals of education and gender equality – she is the go-to consultant for families to select a career and education path for their children; and for women who wish to make grow their business and impact on the world. Having traveled to 30+ countries herself and personally interviewed people of CXO levels at Fortune 500 companies and other internet giants from across the world – she is happily living a life of a global citizen in the financial capital of India, i.e. Mumbai and she travels the world to contribute as much as she can as an author, consultant and key note speaker.

Title of Presentation: What Astrology can teach us about being human. Ricky is an American former football running back who played 12 seasons in the National Football League (NFL) and one season in the Canadian Football League (CFL). He played college football for the University of Texas, where he was a two-time All-America and won the Heisman Trophy.

Ricky has become known in many circles as a unique healer with both a great knowledge base and the first-hand experience of a professional athlete. An integral part of Ricky’s approach to healing has come through the study of astrology, which he began in 2004 after living in an ashram during his first retirement from the NFL. Over the years, as he has wrestled with existential dilemmas in his own life, he has found time and time again that astrology offers him insights that have empowered him to transform wounds and traumas into access to internal resources and clarity of purpose.

BE SURE TO PURCHASE YOUR TICKETS TODAY – SPACE IS VERY LIMITED 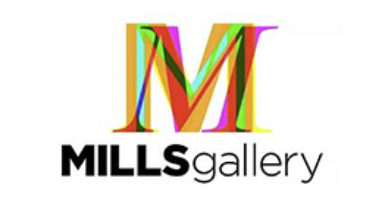 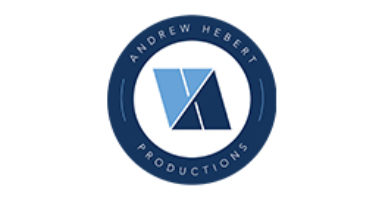